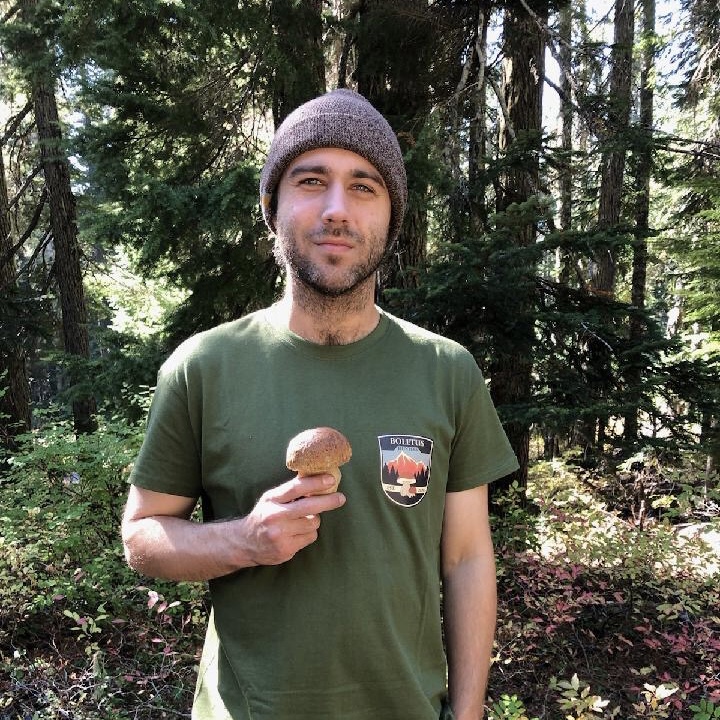 Born and raised in the Puget Sound, Dan spent much of his early life outdoors with friends and
family. Hiking, fishing, clam digging, camping, snowboarding, and especially skateboarding.
After enduring a few serious skateboarding injuries, Dan decided to find a hobby less dangerous
to his physical health. The fungal world soon captivated him, and his curiosity transitioned into
an insatiable passion. His interest in mushrooms has since extended to plants, trees, and forest
ecology. Dan is motivated to dive deeper into the newly realized world around him, one that had
been around him all along, the interconnected world of fungi and our forests. Now almost a
decade later, his passion for observing the intricacies of our natural world has expanded to
inspiring others. Dan taps into the same awe and wonder that captivates and motivates him and
uses it to provide a greater sense of connection and understanding of nature for others.